In 1764, a few Acadians, whose ancestors had settled the province of Acadia or Nova Scotia, arrived in the colony, and a few settled on the German Coast. However, the great Acadian migration to Louisiana started in 1765, when most settled above the German Coast on what would come to be called the Acadian Coast (St. James Parish). The Louisiana colony attracted the Acadians because of the French influence that affected the religion, tradition, and language of the region. 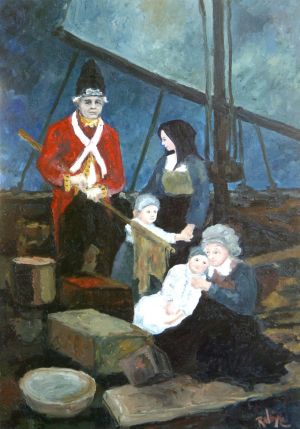 Final Insult. Deported Acadians were forced to endure the harsh winter in open vessels in the North Atlantic. This controversial painting shows a soldier of the Crown offering a diseased blanket as cover for a child. George Rodrigue, “Saga of the Acadians,” 1985-1989. 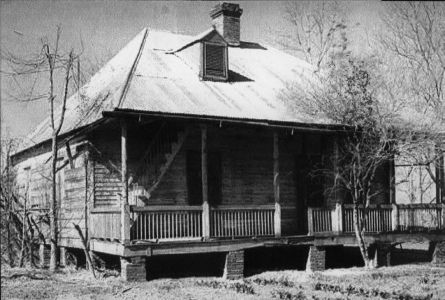 Pictured is the home of Dr. Victor Lehman, who served as coroner from 1890 to 1920, one of the longest tenures in parish history. The French and Spanish Creole houses changed very little from the colonial period. The “Acadian Cottage,” as popularly known, had a steep roof which enclosed a front gallery (porch) and attic bedrooms. The stairway leading to the upstairs bedrooms was on the outside at one end of the gallery. Many of the yards were enclosed by picket fences. (Photo courtesy of the St. Charles Herald)

Letter from O’Reilly to Arriaga
Annual Report of the American Historical Association, 1945

The Persistence of French Creole Culture in Louisiana
By Norman Marmillion