Bayou Gauche is a peculiar community in several respects. It’s one of the most remote towns in Louisiana, it’s surrounded by water and most of the island is owned by a family corporation, the heirs of the late Sidney Simoneaux, who lease all the home sites to the residents.

The area, from Bayou Gauche to Lake Salvador, was home for centuries to a succession of Indian tribes. Areas such as the Temple and Bois Choctaw included Indian burial mounds. Most of those mounds were destroyed by generations of dredging the clamshells to make masonry walls in New Orleans. More than 100 mounds once existed in the Salvador area. Artifacts such as bottles and French coins are occasionally still found in the area. 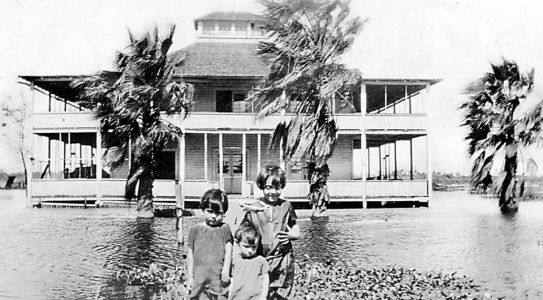 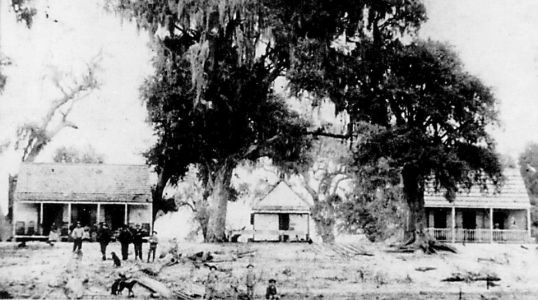 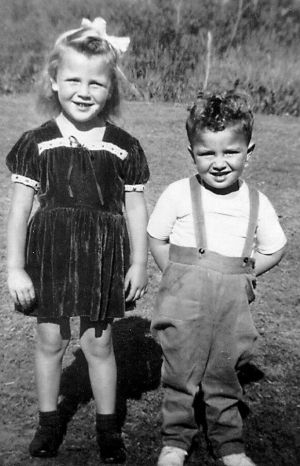 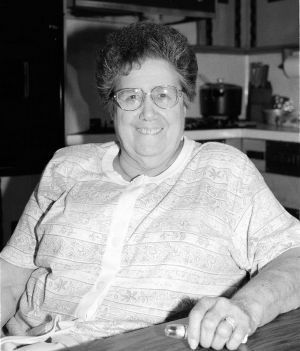 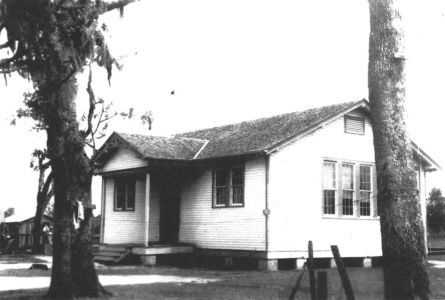 The original building was once the Des Allemands School from 1923 to 1931, when it was barged down to Comardelle where Zoe Petit of Ama was the first teacher. Other teachers included Martha Berthelot, Mae Moore, Clothilde Torres, Lucille Lowe, Grace Somme and Lutie Sammis. Philonese Petit, also of Ama, taught from 1931 to 1940 and died in 1986 at the age of 78.

The students and teachers arrived at school in a school boat, as suggested by Police Juror Enois Dufrene. Later, his son, Johnny Dufrene, piloted that boat, prior to his own years as a school board member.

The school building was moved again in 1941 to Bayou Gauche, where it stayed until October 1958, then returned to a use as the American Legion Hall on WPA Road.

Mail was delivered by boat as well, as were bread (10 cents a loaf) and pies (5 cents each). What evolved out of it all was the village of Bayou Gauche (the left-hand bayou, named for the downstream direction one takes when one reaches the head of Black Prince Island on the way to Lake Salvador). Located along a nine-mile stretch of the bayou and facing Black Prince Island, it was finally reached by roadway and electricity in the 1920s.

Industry found its way into the area with the timber boom from 1890 to 1930. Andrew Hogan opened a sawmill to take advantage of the wholesale cutting of virgin cypress in the area. It continued to operate until 1951.

For Edna Dufrene Matherne, early days in Comardelle Village and Bayou Gauche were hard, but she and her family survived and continue to thrive in the area.

“We all lived at Comardelle Village,” she said, and added she was delivered by a midwife, who had to stay with her mother, Leonise Comardelle Dufrene, for a week after the birth in 1924. Her father was Victor Dufrene.

Edna Matherne, 74 at the time of this publication, and her family remained in Comardelle Village, and attended school at the tiny, two-room schoolhouse through fourth grade, at which time the family relocated to Bayou Gauche. However, as there was no school in Bayou Gauche, she would take the school boat back downstream to the village to attend school.

“It was fun, but it was still a struggle,” Matherne recalled. “My daddy was a trapper in the winter and a carpenter in the summer, building boats, houseboats, skiffs and pirogues.”

The family lived in a house in Comardelle and later built a houseboat and moored it in Bayou Gauche. The houseboat now stands as a private residence at the end of Bayou Gauche Road.

The Comardelle School got its name, not from the village but from Alcide Comardelle, who donated the building. First through fourth grades were in one room and fifth through seventh grades in the second room. Teachers at the time included Philonese Petit and her cousin Louise Petit.

“Mama would make us some rag dolls for us to play with,” Matherne added. “We didn’t have radios or anything like that.” She added, though, that as a young child, she remembers someone coming out in a boat to show silent movies.

And life was hard on the bayou. Doctors were scarce and when someone became sick, a long boat journey out might be too hard on the patient. Her father and several other relatives died after eating tainted oysters when she was 13 years old. She became sick as well and spent two months in a coma. When she awoke and was allowed to return home, it was to discover her father had already been dead and buried for a month.

“My oldest brother, Ray, quit school when he was 13 to help support the family,” Matherne recalled. “But we never starved.”

In 1940, just one month shy of 16 years old, she married Victor Matherne, 23. Not too long afterward, he was drafted into the United States Army. His eldest child, Annabel Marie Matherne Hogan, was born in 1943 but, as she remembered, “Belle was six months old before he saw her.” Her second child, Dr. Ray Matherne, was born while he was home on a furlough. The couple later had two additional children, Mary Dufrene and Michael Matherne.

Bayou Gauche in the old days was about half the frontage along the bayou, from Simoneaux Ponds to the end, and only a mud road connected along various ridge roads to Magnolia Ridge, Paradis and Des Allemands.

“When they put the shells on Bayou Gauche Road, we thought that was a great thing,” she said.

In the midst of Bayou Gauche is the site of the Simoneaux Ponds, which began as a three-story resort hotel when Sidney Simoneaux bought the Bayou Gauche area in 1920s. The second floor had a surrounding gallery, and the third floor was actually the size of a small cabin. The building was first built as a working-man’s hotel in about 1900 to house workers for the corn planting in the drained fields behind it. In later years, the resort hotel was replaced by a one-story clubhouse, which endured until 1982, when the clubhouse was replaced by the present-day Amarada Hess office.

However, with memories sad and delightful Edna insisted, “I wouldn’t want to go back.”