The Bonnet Carré Spillway is just one element of a comprehensive U.S. Corps of Engineers flood control plan in the Lower Mississippi Valley. The construction of the Bonnet Carré Spillway not only provided employment to thousands of workers but ultimately “put Norco on the map.” Unfortunately, Delhomme, Roseland, Hermitage, and Myrtle Land plantations, as well as many residences and family cemeteries, fell victim to the construction of the spillway. President Franklin Delano Roosevelt paid a visit to the site in April 1937, following an earlier dedication in December of 1935. The design and construction of the spillway was completed in just two and a half years.

Today, the spillway, managed by the U.S. Army Corps of Engineers– New Orleans District, remains as it was originally constructed; no significant modifications to the structure have been needed. In addition to its primary purpose, the spillway area is a popular recreation destination for locals and visitors from around the state and nation. Park rangers are on the scene in both a supervisory capacity as well as to provide educational services. It is listed on the National Register of Historic Places. 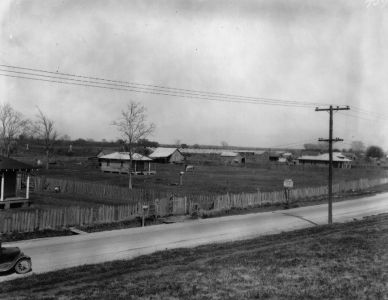 A view from the levee shows completed piers and the upper part of the Bonnet Carré Spillway weir section, which was taken on March 19, 1930. (Photo courtesy of Patrick Yoes) 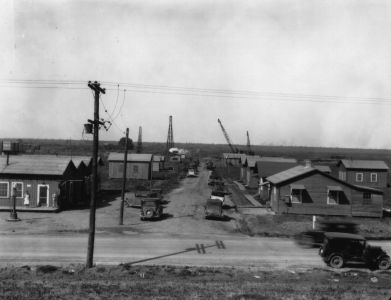 A photo taken on March 19, 1930, near the center line of the spillway weir section shows the Stephens Brothers and Miller Hutchinson Construction Company at work. (Photo courtesy of Patrick Yoes) 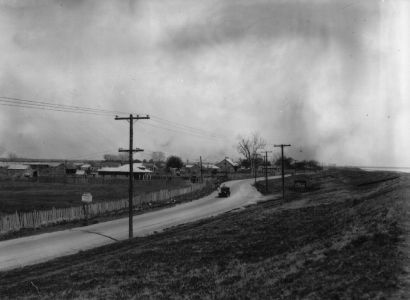 A view from the levee shows the Sellers neighborhood affected by spillway construction. The upper end of the weir section is seen in the extreme left over the housetops. (Photo courtesy of Patrick Yoes) 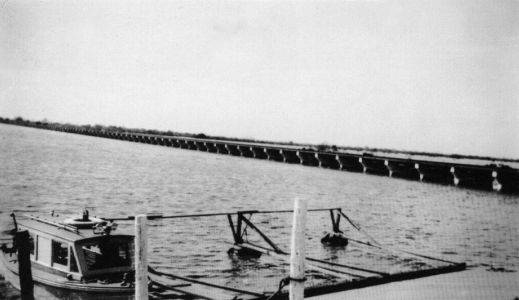 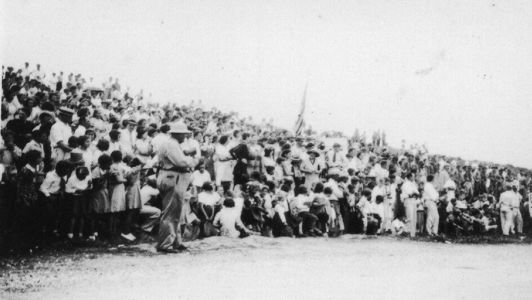 Hundreds turned out for the spillway opening in 1937.

In April 1937 President Franklin D. Roosevelt, accompanied by the mayor of New Orleans and Governor Richard Laiche, rode through the streets of Norco on his way to visit the newly dedicated Bonnet Carré Spillway. His open-air vehicle gave all those along the way a chance to see his characteristic broad smile.

The Shell Bulletin reported in its May 3 issue that his route was lined with waving schoolchildren and Norco and vicinity residents.

He kept his hand raised high in greeting. He inspected the spillway project thoroughly, spending fully forty minutes on his tour. He then retraced his route back to New Orleans where thousands waited for him in City Park. 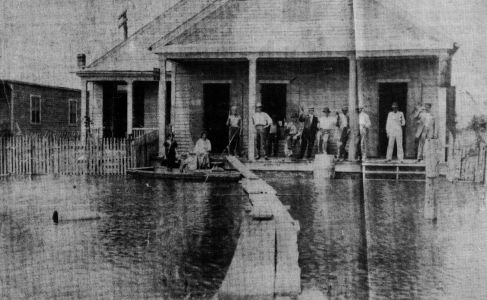 In 1912, the Mississippi River burst through the levee at what Lena B. Lacroix remembers as the Hymelia Crevasse. The floodwaters from the river went to the “back” into the swamp near Killona and built up until it began moving back toward River Road. A photographer standing on the Luling Railroad Depot on Railroad Avenue (now called Luling Avenue) took this picture of the Bushalacchi Grocery and Bar as the muddy Mississippi reaches for the porch. A wooden plank walkway extends from the depot to the store and members of the family and customers watch the photographer. (Photo from Le Meschacebe.) 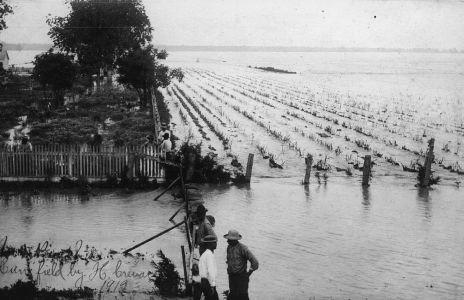 
The History of the Bonnet Carré Spillway from SCPhistory.org on Vimeo.