The Rise of the Gold Coast

Indigo, the main crop of German Coast settlers for many years, had been brought to the colony from the West Indies in the 1700s.

This tropical plant produced a lasting blue dye important to the European textile industry and the blue color remains very popular even today in cotton denim fabric of blue jeans. However, today almost all indigo produced is synthetic.

According to census records, by the end of the eighteenth century, an unknown insect infested indigo plants to the extent that indigo no longer was harvested on the German Coast. Tradition says sugar cane was planted between 1724 and 1726.

Records from Bienville reveal sugar production as early as 1733. Other records credit the Jesuits with introducing sugar cane to this area, supposedly bringing it from Saint-Domingue about 1751.

Granulation technology was not fully developed until 1795. Before that time, cane was widely used to produce molasses. Until granulation began, Louisiana cane could not be processed into sugar. After 1766, the planting of sugar cane was largely abandoned. Future events and developments, however, would eventually reverse this trend.

“The farmers and planters of the coast engaged, until the end of the eighteenth century, in the production of indigo, corn, rice, and peas. It was not until the very end of the century that two events coincided to bring about the introduction of the sugar cane culture. In 1795, Etienne Boré, whose family had strong ties to the German Coast (Destrehan family) grew a variety of sugar cane on his plantation near New Orleans, which matured sufficiently before cold weather killed it so as to allow for granulation. The man responsible for the actual granulation, Antoine Morin, was a chemist who had come from Saint-Domingue, settled on the German Coast, and married into the Troxler family.

“The second event that helped usher in the sugar cane culture was the black revolution in Saint-Domingue. Between 1793 and 1809, thousands of black and white Creole families from Saint-Domingue poured into Louisiana seeking refuge…Sugar cane, however, was, and is, definitely a plantation crop, requiring large tracts of land for growing, large labor forces for cultivation, harvest, and processing, and large investments of capital.”—Glen Conrad, Abstracts of the Civil Records of St. Charles and St. John the Baptist Parishes, 1804–1812

Although Etienne Bore’ was the first to granulate sugar, St. Charles Parish native son, Valcour Aime, the princely planter and the philanthropist of St. James Parish who owned the most magnificent sugar plantation of his time in Louisiana (LePetit Versailles de la Louisiana), is credited with being the first sugar refiner of the state. Aime studied methods of refining sugar in Cuba and Europe and is ranked with Bore’. He became one of the wealthiest plantation owners in the country. Aime was born in 1798 at Fortier Plantation (Home Place) on the German Coast, to Francois Aime and Marie Felicite Julie Fortier Aime. He died in 1867.

Sugar cane would gradually replace indigo on the large concessions but the small farms on the German Coast would continue to produce rice, corn, and
other crops. 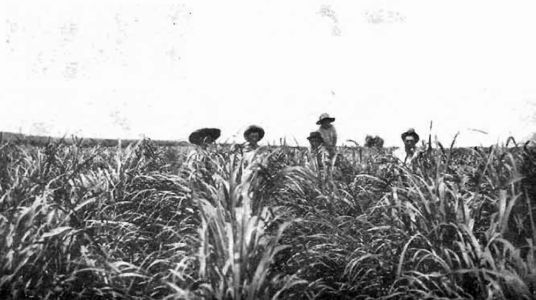 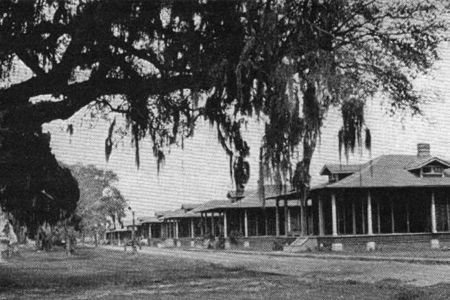 Pan American offered homes for its employees on the Destrehan Plantation grounds.

Life on Waterford Plantation from HistoryOfStCharlesParish.org on Vimeo.