Louisiana’s Georg Michael Hahn, 1830–86. Constitution of 1864″ …“drawn under Georg Michael Hahn’s active direction …Not only abolished slavery and provided for the eventual enfranchisement of blacks … opened the public schools to every child, black and white between the ages of six and eighteen; provided for a progressive income tax; established a minimum wage and a nine hour workday … Louisiana has not had so many honest, highly principled Governors that we can afford to forget the ones we have had… Michael Hahn was such a man…yet his memory has been all but totally obliterated…it is time to recognize this man.” Amos F. Simpson and Vaughan Burdin Baker.

“It is said the community was draped in black when he died.”

“The life of Judge Hahn has closed. It is a tribute to the genius of our institutions (in America) that the child of another country came to our shores and his worth so recognized to call him to the highest places in the gift of his people, for they were his people and he was theirs. He sought to build anew the broken fortunes of the section where his lot was cast. In all positions of responsibility and trust, he exercised their powers wisely and well, with an eye single to the prosperity and advancement of the nation and those whom he served. The useful life is over… farewell, true patriot and friend of freedom. They days on earth have been for the benefit of others more than for thine own, and as we give voice to the praise due departed worth, we bestow upon you the well-earned commendation: You left your country better than you found it. What more need be said?”

– Extract of Mr. O’Donnel of Michigan from the Memorial Addresses on the Life and Character of Michael Hahn delivered in the House of Representatives and in the Senate, Forty-Ninth Congress, First Session, Washington, D.C. 1886 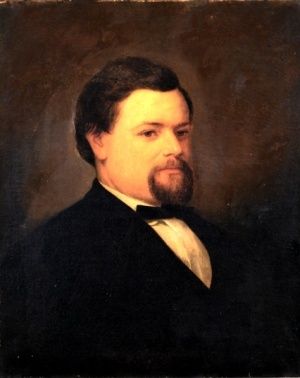 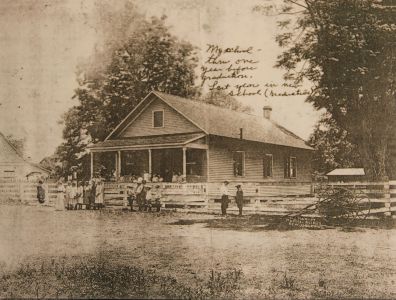 The Last Earthly Manifestations of Affection and Esteem
The Picayune
March 20, 1886

Map Pointing to Street Where Hahn Was Born

Region Where Hahn Was Born

Hahn Genealogy with Notes and Documents