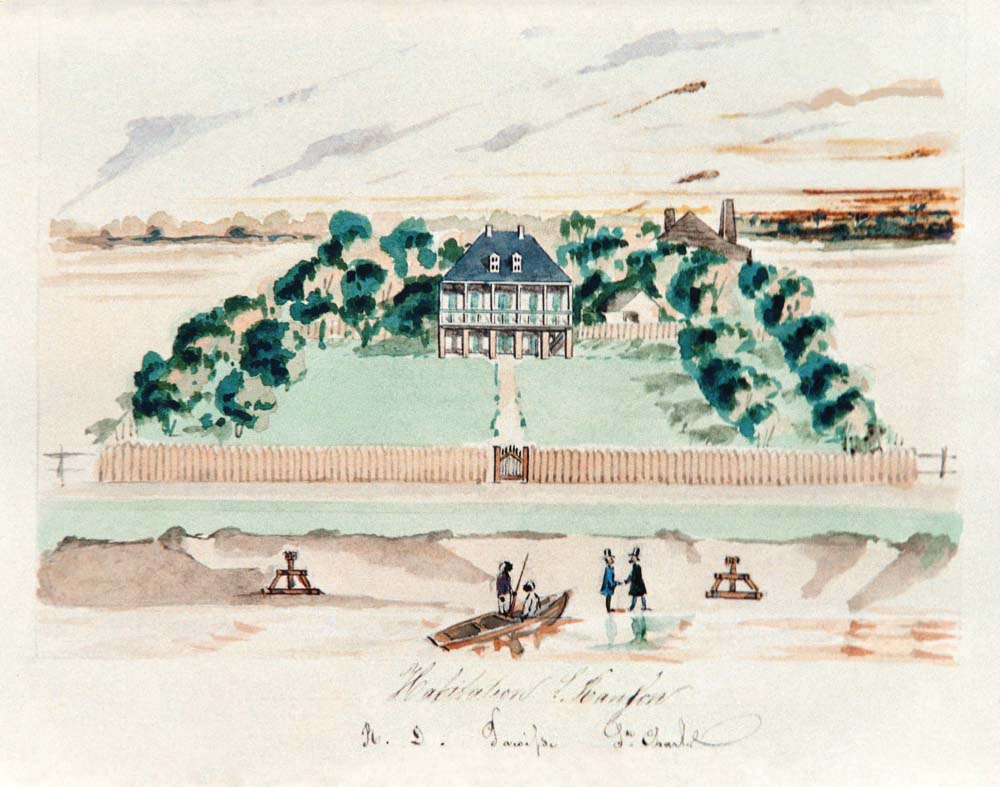 Ranson Plantation. Louis Ranson was a member of a very prominent and influential New Orleans family that were formerly involved in Spanish government. He was the son of Zenon Ranson, one of the wealthiest planters in the parish, and married Flavie Troxler, a descendant of early German Coast settlers. The Ranson Plantation was located across the Mississippi River from present-day Destrehan. In 1866, as head churchwarden, he was asked by Father Paret to find a site for a west bank chapel. He served briefly in 1866 as sheriff of St. Charles and served as a captain in the Confederate Army. During the Civil War his property was seized and not returned until 1867.