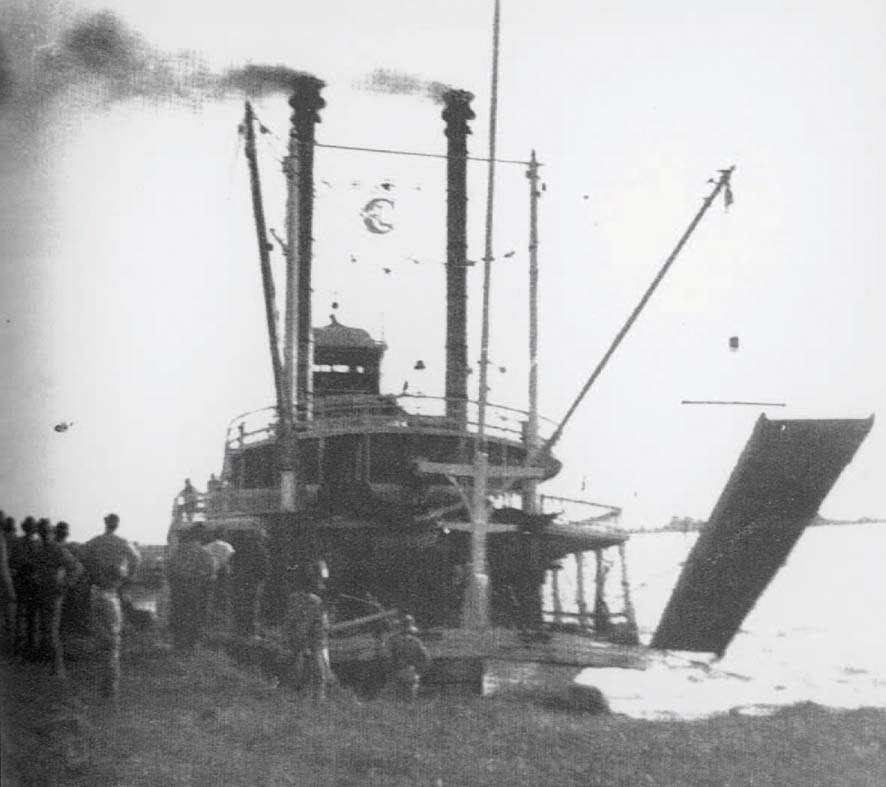 The showboats began in 1831 and brought much excitement to all living along the Mississippi River. They were traveling theatres with stages lit by candles or oil-burning lamps; hand-painted scenery; and curtains, which were lowered and raised. Some were very lavish and some very crude. The actors and actresses lived onboard. At night torches burned brightly on the levee to guide people to the showboat. Tickets were usually about twenty-five cents. Most had to save their pennies and some paid with sacks of potatoes, sides of bacon, honey, and the like. Most farming families had precious little money to spare. By the 1850s many showboats were present up and down the river. They would stop at each town going downstream, doing the same on the opposite bank when returning upstream. Showboats continued to entertain those living along the river for one hundred years into the twentieth century.