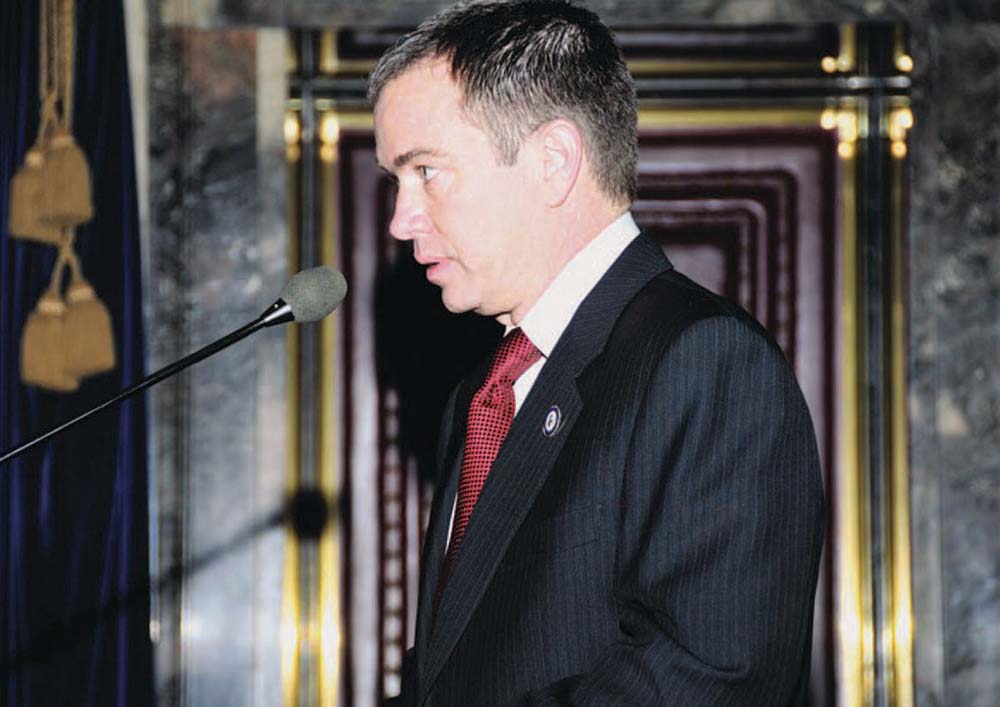 Senator Joel T. Chaisson president of the Louisiana Senate. Joel T. Chaisson II, a lifelong resident of St. Charles Parish, is a 1977 graduate of Destrehan High School. He obtained his undergraduate degree in business in 1980 from the University of New Orleans followed by his juris doctorate degree in 1983 from the Louisiana State University Law Center. Upon obtaining his law degree, Chaisson sought and won an at-large council position on the St. Charles Parish Council becoming the youngest parish-wide elected official in Louisiana at that time. In 1991, Chaisson was elected to the Louisiana House of Representatives where he represented St. Charles Parish for eight years. Chaisson was elected to the Louisiana Senate in 1999 and was re- elected without opposition in 2003 and again in 2007. On January 14, 2008, Chaisson was elected by
his colleagues to serve in the Louisiana Senate’s highest leadership post, president of the Senate. In addition to his political career, Chaisson has established a well-respected legal practice in the river parishes and has been very successful as a real estate investor and developer. He and his wife, Sandra Stage Chaisson, reside in Destrehan and have one daughter, Martine Marie Chaisson. He is the oldest of Judge Joel and Bobbie Chaisson’s nine children.