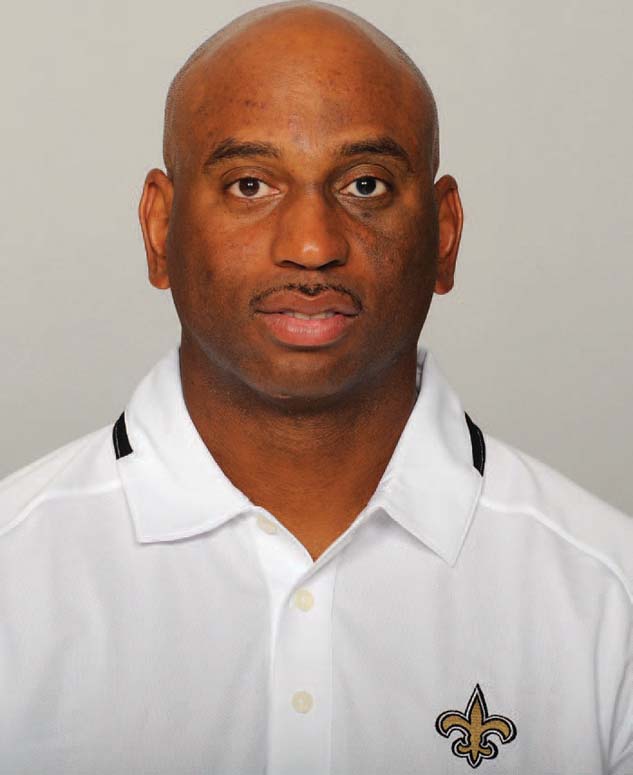 Curtis Johnson, Jr., wide receivers coach, joined the New Orleans Saints in 2006 after forging a reputation for developing top-flight targets on the college level for over two decades. His Saints team defeated the Indianapolis Colts in the 2010 Super Bowl. In February of that year, Curtis was honored for his accomplishments with a weeklong exhibit of his memorabilia at the St. Charles Museum on the grounds of Destrehan Plantation. At opening ceremonies, he received salutations and commendations from federal, state, and local officials. Born in New Orleans, he is a kindergarten through high school graduate of St. Charles Borromeo School in Destrehan. Curtis is the son of late Councilman Curtis Johnson, Sr., of St. Rose.