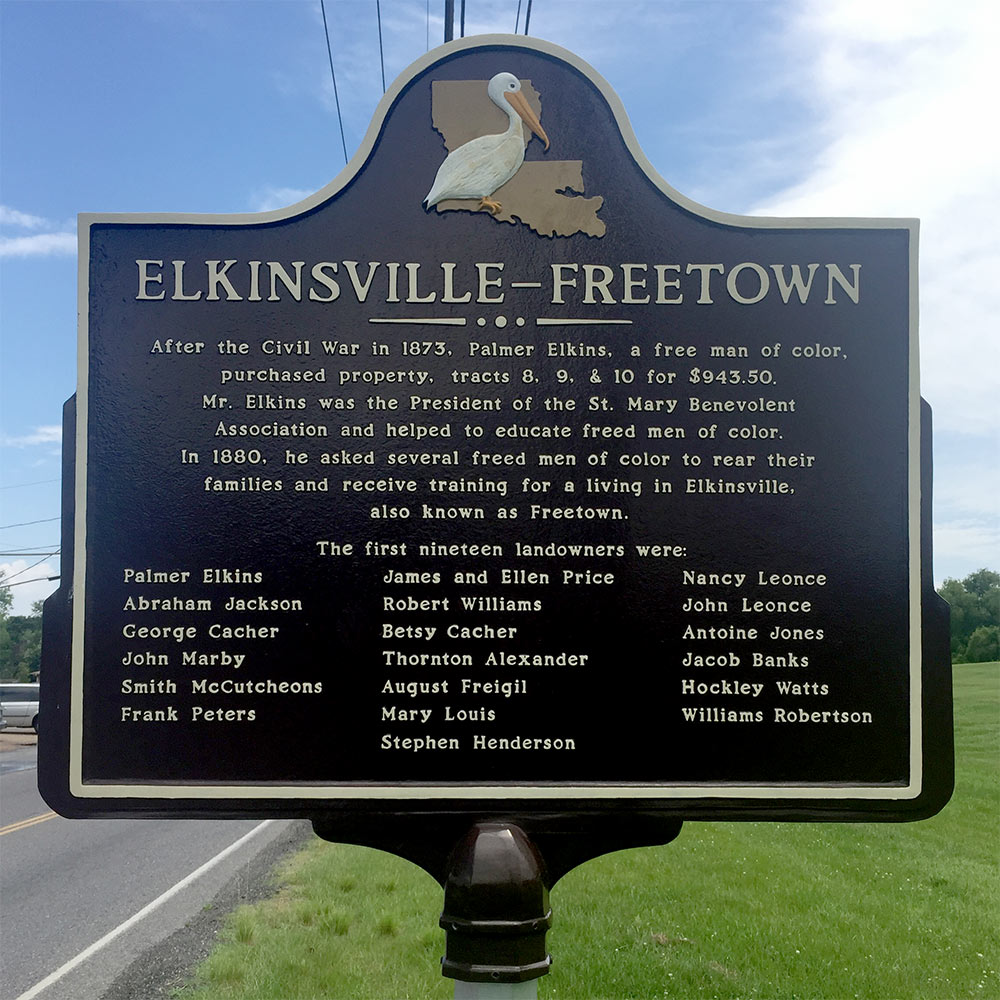 After the Civil War in 1873, Palmer Elkins, a free man of color, purchased property, tracts 8, 9, & 10 for $943.50. Mr. Elkins was the President of the St. Mary Benevolent Association and helped to educate freed men of color. In 1880, he asked several freed men of color to rear their families and receive training for a living in Elkinsville, also known as Freetown.