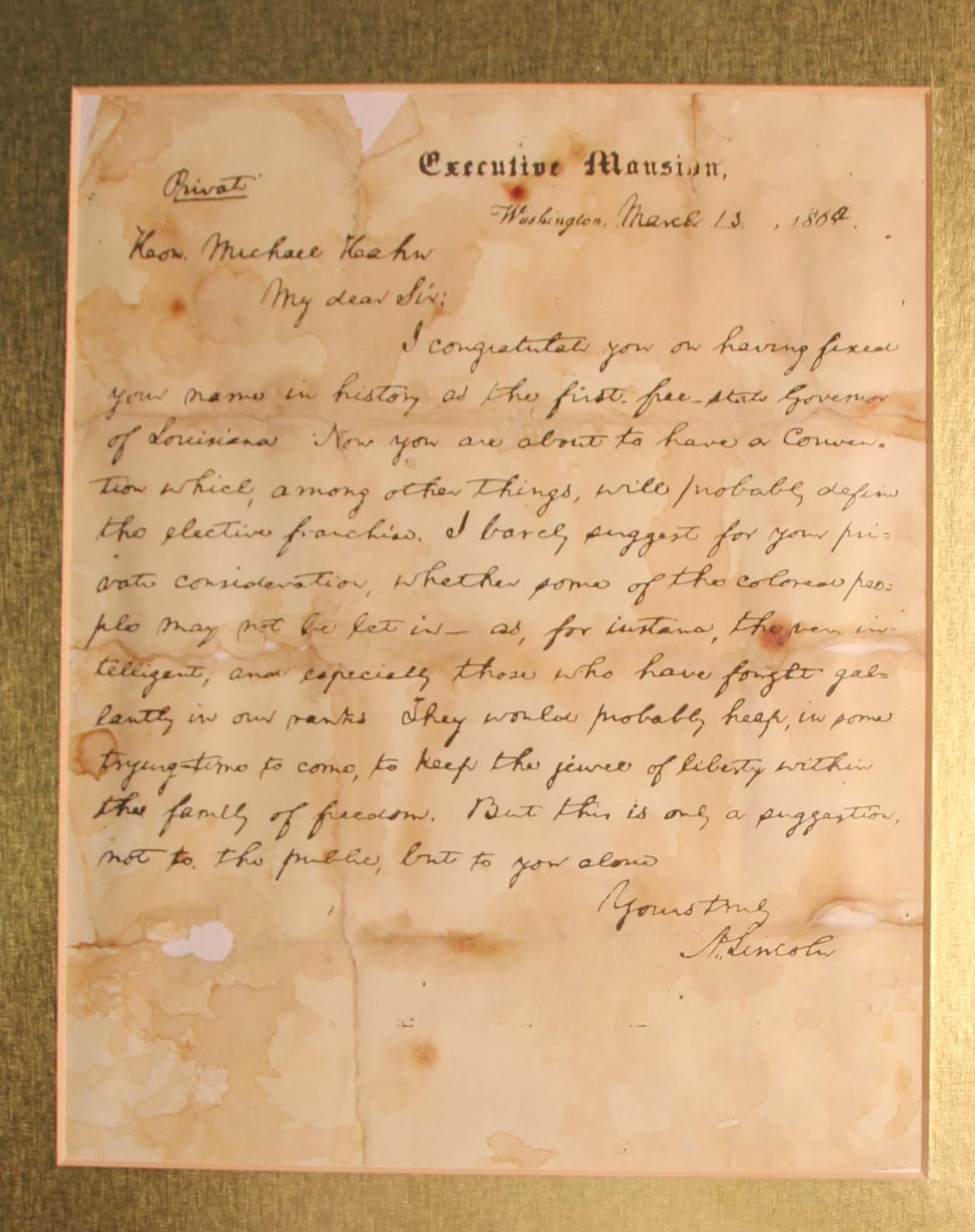 This letter sent from Lincoln to Hahn is often called the “Jewel of Liberty” letter. It was passed down through the Hahn family and was thought to be the original. However, the curator at the Lincoln Collection at the Illinois State Historical Society concluded it is a very good original copy and stated that several specialized copies are in existence. Dr. Lynn Bower, Curator of the Lincoln Papers, noted there are similar copies in diverse collections such as the University of Portland (OR) Library, Iowa State Department of History & Archives, Massachusetts Historical Society, and Harvard University. The original of the letter had been in the collection of Roger W. Barrett of Chicago, but Sotheby’s of New York sold it at auction in 1994 for $260,000.