It has been said by some that the St. Charles Parish area may not have been as profoundly affected by the Depression as the rest of the nation because many German Coast residents were still living in less than desirable conditions having never fully recovered from the Reconstruction period. However, there were adverse effects. The “little” man was particularly affected by the hard times of the Depression. Teachers, for instance, were often paid reduced salaries, many times in “script.” School terms were shortened. Many people relied on the American Red Cross for assistance. Members of benevolent societies were often dependent on their group for basic needs. PTA’s were known to open school cafeterias to prepare food for those in need.

There were signs of hope, however. An influx of industry began to occur. People also had access to farmland, hunting grounds, and fishing areas. In 1935, the federal government stepped in with several programs designed to put people to work. The Works Progress Administration (WPA) was formed. It was responsible for constructing highways, hospitals, parks, and in St. Charles Parish, sidewalks some of which are still visible along the River Road throughout the parish and in older subdivisions. The Historical Records Survey conducted by the Louisiana State University was part of the Federal Writers’ Project of the WPA. The objective of the survey in Louisiana was the preparation of complete inventories of the records of the state, including each parish, city, and other local governmental units. The projects in St. Charles Parish were listed as No. 45 and were published in November 1937.

Also established was the Civilian Conservation Corps (CCC), under the jurisdiction of the Departments of Labor, Agriculture, War, and Interior, which paid young men thirty dollars a month and provided food, clothing, and shelter in exchange for their work in the nation’s forests and parks. In St. Charles they worked on the construction of several roads, such as the “CC” Road along the perimeter of the spillway in Montz, which is still in use at the start of the 21st Century.

The open spillway attracted many visitors to the site. According to the March 29, 1937, Shell Bulletin, “thousands of automobiles choked the highway from New Orleans to Norco one way, and Baton Rouge to Norco the other carrying the curious to see ‘Old Man River’ take a short cut to the sea. Nearly every state was represented when license plates were counted one Sunday afternoon. A by-stander checked thirty-two different state tags on autos parked on or near the Spillway bridge.”

In addition to the major industries opening and supportive smaller businesses coming onto the scene, another area of commerce emerged as the 20th Century progressed. West bank oil fields were being discovered in rapid succession:

“Nearly everyone had to struggle to make ends meet. Nearly everyone had to make sacrifices. Yet, no real change in the way of life seemed to occur. “Not in Louisiana,” it is said, “not like it was in the North.” The picture in this photo essay was taken by a photographer working under the auspices of two New Deal federal programs—the Resettlement Administration (RA), which in 1937 became the Farm Security Administration (FSA)—and depicts this country’s most dramatic economic collapse and documents the trials and the triumphs of the human spirit under most adverse circumstances. 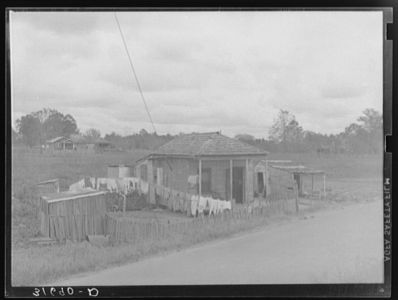 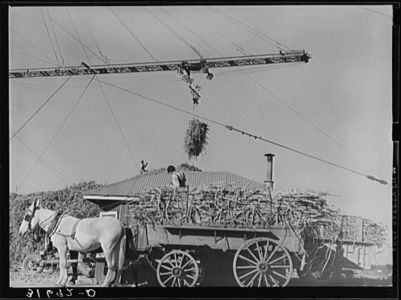