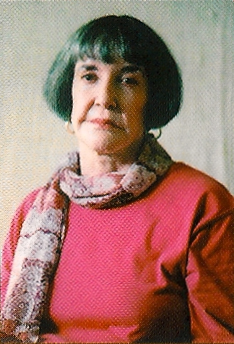 The history of St. Charles Parish reaches back to the earliest settlements in the Louisiana territory, that vast expanse of land later known as the Louisiana Purchase. France’s claim to this huge amount of territory hinged on colonizing it and developing the riches of the land. Few Frenchmen of substance were willing to leave the relative comfort of 18th Century France. However, they were happy to accept concessions of land in what was then called “the Mississippi,” but were unable to obtain settlers needed for colonization. Forced emigration of undesirables was the first remedy of the French government. But Sieur de Bienville, governor of the territory, complained so bitterly about the quality of these immigrants that the practice was stopped within a few years.

In the early days, after the founding of New Orleans in 1718, only seven concessions upriver from the capital were in operation. The Dubrueil concession was the most successful of these, where the land had been cleared, levees built, and canals dug to drain the land into the swamp. Dubrueil’s large house was said to be the nicest in the entire colony. He also had planted his fields with indigo, the crop demanded by the French government for export. Those plantations that functioned grew tobacco as well as indigo, cash crops to supply the French controlled market for the commodities.

In 1721, a small group of German-speaking settlers arrived. They had been recruited by John Law to work his concessions along the Mississippi River. Estimated at 3,000 in number, only a tenth lived to reach their final destination. Abandoned by a bankrupt John Law, they were left to languish on the beaches of the Gulf Coast, where the local Indians helped them survive until resettlement. After much suffering and death, Governor Bienville finally had them transferred to an area along the Mississippi River, now part of St. Charles Parish. There, these hardy Germans were given small plots of land that they could farm. But they had neither enough land, slaves, nor draft animals to grow crops for export. They were limited to cultivating grain and vegetables, to raising poultry for eggs, and to keeping a few farm animals. Nevertheless, while still under French rule, these colonists were able to produce enough surplus to supply the New Orleans market. It is said that the residents of the capital would have starved without the weekly shipments of supplies from the Côté des Allemands (German Coast).

After the Louisiana territory was acquired by Spain in 1762, the German settlement continued to prosper. The large plantation holders, however, were adversely affected by the new Spanish trade policies, which permitted the sale of their products only to other Spanish-held colonies or to the mother country. Revolution resulted, led by the large concessionaires but supported by the small farmers of the Côté des Allemands.

By 1775, the land upriver from New Orleans was divided into two ecclesiastical districts named after the two churches of the area, the parishes of St. Charles and St. John the Baptist. They operated as two separate governmental districts, each with a commander appointed by the governor. Both banks of the down-river section, now part of St. Charles Parish, became known as the Primera Costa de los Alemanes (First German Coast).

At this time, St. Charles Parish could boast over 70 large concessions with well over 800 slaves. These large-scale plantations had horses, plows, and both Negro and Indian slaves to supplement the white workers and overseers. They were able to cultivate enough land to produce indigo for export as well as staple food for their own use. Ten years later the census reported 561 whites, 69 free men of color, and 1,273 slaves. While indigo still remained the principal export crop, corn and rice were also widely grown. Because the Spanish supply ships were unreliable, St. Charles Parish became the principal supplier of rice to the inhabitants of New Orleans and to the garrison stationed in the city. Corn was used to feed the cattle and slaves. Both indigo processors and rice mills dotted the river banks of St. Charles Parish. Additionally, a considerable number of dairies produced milk, cream, and butter.

However, the large concessions were endangered by the unpredictable harvests due to fluctuating weather conditions, and most changed hands several times. Frequent flooding by the river was an additional hazard. The plantation owners were obliged to build and maintain ever stronger levees. The technology needed to build such levees was brought by an influx of Acadians to the area, in 1764, who possessed engineering expertise acquired in French-held Canada.

Hurricanes devastated St. Charles Parish in both 1770 and 1780. In 1784, a terrible drought destroyed the corn crop and greatly reduced the amount of rice that could be harvested. A severe frost in 1786 killed much of the indigo while the droughts increased the amount of insects feeding on the plants. From this point on the indigo crop became unpredictable. The final blow was produced by the arrival of an insect called the clamp bug, which caused crop failure year after year.

Finally the cultivation of indigo was replaced by sugar cane. Sugar mills and sheds for bagasse began to appear in the landscape. Lumbering became the next most important export produce. Wood was easily transported from the cypress swamps through the canals to the river. Logs were bound together and sent in rafts down-river to New Orleans. By 1782, free trade was permitted under Spanish rule as it had been during the French colonial period, and a thriving trade developed with the islands of the West Indies and Havana.

Sporadic Indian attacks had to be dealt with in St. Charles Parish throughout the colonial period. The male settlers all bore arms and were good shots. A fort where soldiers were stationed was built by the government on the German Coast for protection and to insure the staple food supply. Further danger to the status-quo of the parish came from the English at Bayou Manchac and the Americans settling in Baton Rouge. In 1791, Don José Pontalba was given command of a militia to defend the colony against these encroaching British and American interests.

From 1770 on, French ships were permitted to bring Negroes. Slavery was wide spread in St. Charles Parish by this point. The misuse of slave labor was rare. The laws of the Code Noir of 1724 continued to be observed throughout the colonial period. Small plots of land were given to the slaves where they grew corn, rice, sweet potatoes, and vegetables. The slaved could sell whatever portion of their harvest went beyond their own needs. These regulations remained unchanged until the Civil War.

By 1795, sugar cane had replaced indigo as the export crop in St. Charles Parish, although some indigo was still grown along with rice, corn, cotton, and vegetables. St. John Parish up-river, however, was less prosperous and grew primarily cotton and rice. The richest concessions of the colony were in St. Charles Parish, where three-fourths of the population and seven-eights of the wealth of all Louisiana were concentrated. At the time of the Louisiana Purchase, in 1803, St. Charles Parish was described by several observers as follows:

“Plantation touches plantation. I have seen in no part of the United States such a rich and highly cultivated tract.” Other observers described the landscape as delightful: “The houses up and down the river are separated by plantations and orange groves. Their barnyards are full of hogs, cattle and foul of all kinds.” “The individual concessions appear to be small villages. The sugar works, slave quarters, and overseer’s house all lie next to each other. Somewhat set back from the river front area is the home of the plantation owner.”

With the Louisiana Purchase the American government took over the plantation system with its associated slave practices. So prosperous was St. Charles Parish that it was known as the Gold Coast. Only with the Civil War was this economic and cultural development ended. Still today remnants of this great prosperity can be seen in the plantation homes and sugar cane cultivation of the parish, monuments to the great social and economic success of the antebellum period of St. Charles Parish.