Italians Invited To Come to Louisiana

During the 1870s, many blacks left Louisiana for more desirable opportunities in the North, which caused a major labor shortage. The sugar producing parishes were particularly affected. Remaining laborers took advantage and threatened to strike for better wages. The planters organized to resolve this situation and a plan was formulated to enhance the labor pool and control the cost of labor.

During the mid-1880s, the Louisiana Sugar Planters Association distributed information throughout Sicily and southern Italy. It sent agents to encourage the Italians to immigrate and established an office in New Orleans, which would provide aid on arrival. The Louisiana Agriculture and Immigration Association also extended “An Invitation to Louisiana for Italian Tenant Farmers and Agriculturalists.” It is reported that between 1870 and 1920 at least 300,000 Italians (primarily Sicilians) immigrated to the New Orleans area.

Many of the Italians settled on the German Coast and made a significant impact. Like the Germans who came before them, they were hard working and productive farmers and craftsmen. However, they were faced with profound prejudice and the realization that they were placed very low on the social ladder. Salvadore Portera, a typical Italian immigrant, arrived on the German Coast in 1880. He and his wife, Mary Grace Pizzuto, were from Sicily. They lived in Hahnville and were forced to live behind the levee, not being allowed to live “on the other side.” The Italians introduced new fruit and vegetables and expanded the truck farming industry, which added a new dimension to the wholesale and retail trade. Packing-houses lined the railroad tracks to ship their produce across the country. Many Italians were also proficient in masonry, carpentry, stonecutting, tailoring, and advanced horticulture. Italian immigrants formed social and benevolent organizations and carried on their beloved customs and traditions. The St. Joseph Altar Societies and other Italian organizations continue to nurture and hand down these traditions along the German Coast. Other familiar family names were Gilardi, Giangroso, Giardina, Palmisano, Giglio, Gendusa, Vitrano, Barraco, Pizzolato, Bosco, Migliorie and Marino.

With the help of the Italian immigrants, farmers of the German Coast continued to be major food suppliers to the markets of New Orleans. The German Coast packinghouses shipped by rail vegetables and produce to major United States cities. 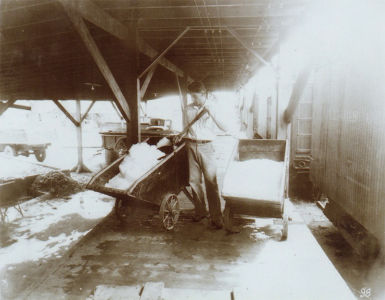 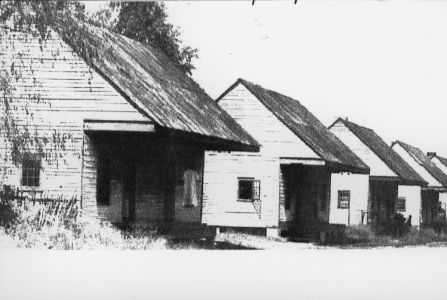 Originally built as slave cabins, these dwellings became housing for freed slaves, Italians, and other immigrants after the Civil War.

The 19th Century Draws to a Close