Killona’s history goes back into the story of Karlstein, the collective name of the German colonial villages which opened the River Parishes to European colonization. Karlstein was named for Karl Friedrich d’Arensbourg who, for more than 55 years, was the acknowledged leader of the German settlers in the region extending roughly from Taft to Lucy and including the present site of Killona.

D’Arensbourg, born in 1693 in Stettin, Pomerania, now on the Polish/German border but then a province of Sweden, distinguished himself at the battle of Pullawa in the Swedish-Russian War. He was presented with an inscribed commemorative sword by King Charles XII. 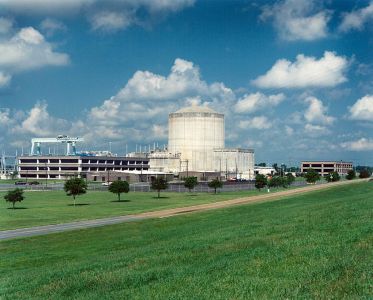 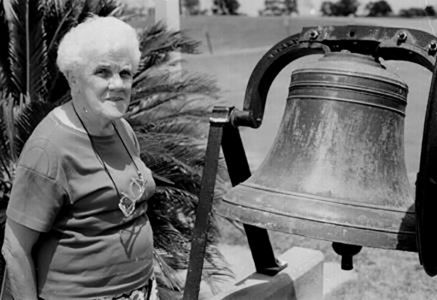 Leona Picard provides a link to the past when Waterford Plantation once dominated the Killona area. Here, she views the old plantation bell, now on display at the nuclear power plant which supplanted the plantation. Quoted in L'Observateur's Killona town history article, found on this site. L'Observateur staff photo 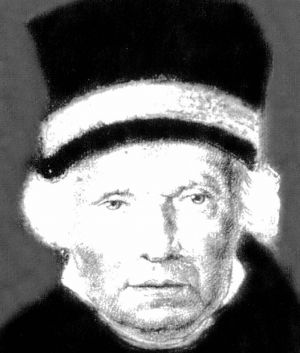 He led a group of colonists to the German Coast in 1721 and, four years later at the tiny St. Jean des Allemands church in Karlstein, he married Catherine Marguerite Mextrine of Wurtemberg. She presented him with a child, Pierre-Frederick, the following year.

The colonists struggled initially, from disease, natural disaster and the local Indians. The “Le Grand Ouragan” hurricane of Sept. 12, 1722, and the massacre of Nov. 29, 1729, decimated the colony.

Nevertheless, the colony continued to prosper. By 1723, the area included several dozen homes, contained in the settlement of Hoffen (later Glendale, Hymelia, Trinity and Killona plantations). Augsberg (to the rear of Killona and Waterford Plantations) and Mariental (behind the present site of Agrico and OxyChem industrial plants).

In Feb. 1765, d’Arensbourg was knighted in the French military order of St. Louis. By Oct. 28, 1768, after the secret sale of Louisiana by France to Spain, he helped lead the revolution which expelled the Spanish Louisiana governor, Ulloa. He and his comrades were arrested in August 1769, bringing the short-lived independence to an end, and on Oct.24, 1769, he was convicted of high treason. Because of his advanced age, however, he was granted a reprieve while other leaders were executed.

D’Arensbourg died Nov. 18, 1777, at the age of 84, leaving his son, Pierre-Frederick, the plantation. A local legend persists that the ceremonial sword presented to D’Arensbourg is still in the hands of his descendants.

By 1849, the Waterford property was bought by William B. Whitehead and Company. In 1877, he partnered with Richard A Milliken, who first named the plantation Waterford in 1879. Milliken had teamed with Charles A. Farwell II in 1857 to for Milliken and Farwell Inc. After Milliken died in May 1896 from being struck by the St. Charles Avenue streetcar, Farwell and his family continued administration.

The area was the site of an 1880 labor strike, when field hands at Waterford and Killona plantations campaigned for a pay raise from 75 cents to $1 per day. As the strikers rampaged down River Road towards the parish courthouse, they freed stock and assaulted resisters, the mob swelling to nearly 500 persons.

One leader was Jake Bradley, arrested and charged a year earlier in the murder of Valcour St. Martin. By March 19, a special troop train from New Orleans set out to help the stricken plantations, which by now totaled 18; it arrived March 20.

Judge James G. Augustin addressed the strikers in front of the courthouse, eventually calming the angry mood. Most of the strikers were arrested but on the following day, Augustin paroled them. On May 14, 1912, the Hymelia Crevasse ripped through the levee above Killona and below Lucy (in St. John the Baptist Parish), near the site of Hymelia Plantation (originally known as Kennermore or Killmore Plantation).

The 6:30 p.m. crevasse gouged out the Hymelia Slough, which drains into Lac Des Allemands to the west, starting as a 300-foot break, growing to 700 feet by morning and spread to 1,600 feet before effort to stem the flow began to make headway. The scope of the disaster is show in a triangle from Luling to Donaldsonville to Raceland. It was not finally closed until Aug. 3, 1912.

Education took an early, firm foundation in Killona. Originally, a school was located on the old Trinity Plantation upriver from present-day Killona and called Trinity. At the same time, a “colored” school was noted by 1886. In 1920, all plantation schools changed their name to reflect the local post office names and Trinity became Killona School. At that time, teachers were Annette Hymel and Bernice Lowe. In 1921, citizens raised money for a Rosenwald school for black students. In 1922, Wildred Keller of Montz built the three-room Rosenwald School in Killona on land donated Charles Farwell of Waterford Plantation. Principal for the white school was Ada Munson and Mrs. B.L. Brooks taught at the “colored” school.

In 1932, the old Waterford sugarhouse burned down. It was rebuilt but dismantled in 1951.

St. Charles School Board member Alfred Green recalled his days teaching at the old, gray frame building of Killona School from 1952 to 1957. That school survived until 1961, when it was replaced by Killona Elementary which itself closed in the 1980s. Green worked at Killona School with principal, Mrs. Enola Darensbough, and fellow teachers, Viola Pickett and Arthur Davis. His later career took him to assistant principal at Des Allemands Elementary School.

Life on the Waterford Plantation sugar operation in the 1940s remains a vivid memory for many area residents, such as Leona Picard of Luling. Picard, known to Waterford workers as “Miss Dickie,” was married to the late William Richard “Dick” Picard, the company bookkeeper.

“We loved living on the plantation.” she recalled.

There were more than 20 small houses for employees, many built by Wilson Brady, and those live-on employees received free rent, water, electricity and a stipend for use of an automobile.  “We were well taken care of.”

The Picards moved to Waterford in 1942. Their eldest child, Billy, was born on the plantation, along with his younger sister, Roberta. Billy Picard recently ended his 18 years as principal at Landry Middle School.

She recalled once bathing Billy when the plantation bell run as a fire alarm. “I snatched Billy up and ran!” she recalled with a smile.

The plantation at the time also included a small church, school, company store (which sold everything on credit from clothes, to hardware to food), blacksmith shop, the grinding house and dining hall.

“Miss Dickie” also worked with Mr. Berthelot in the company store. “On pay day, we would get their lists of what they bought and deduct it from their pay. It was hard times, especially for some who had big families.”

Evans Farwell, second son of Charles Farwell II, was one of the liquidators of the corporation in 1950. In 1963, the property was acquired by Louisiana Power & Light and the old plantation bell was donated by LP&L.

Nowadays, the center of Killona region is the Waterford III nuclear plant, with the Waterford 1 and 2 steam generator plants nearby. Construction of Waterford Units 1 & 2 began in May 1971.

Karlstein left no remnant on the landscape of the area, but the legacy continues to thrive, in the descendents of those early settlers still thriving in the region, as well as descendents of formers slaves. D’Arensbourg remains a commonly found family name.

Killona opened its post office Sept. 14, 1887, with Louis Huy the first postmaster. Killona continues to cling to existence, though Killona Elementary School and the post office each closed their doors in the 1980s.