Luling began as St. Denis, named as such by a railroad owner and known locally as Old Town or Cajun Town before being known as Gassenville.

Luling was dominated for years by a series of sugar plantations, their names still part of local geography, from Lone Star and Davis to Ellington and Ashton. Sugarhouse Road is next to the old Ellington Plantation site, which is now known as Monsanto Park, through it has officially been Bicentennial Park since 1976. 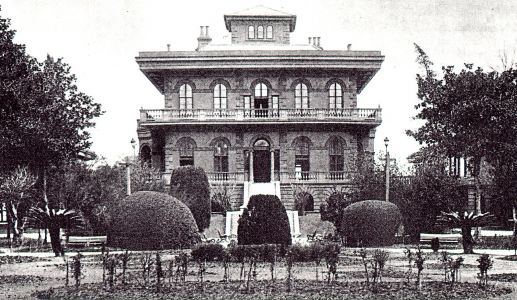 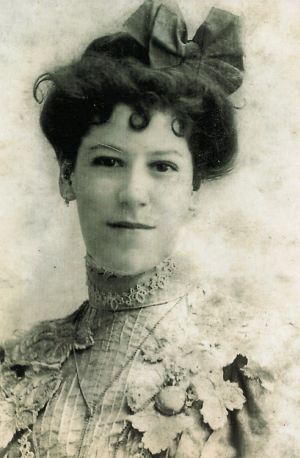 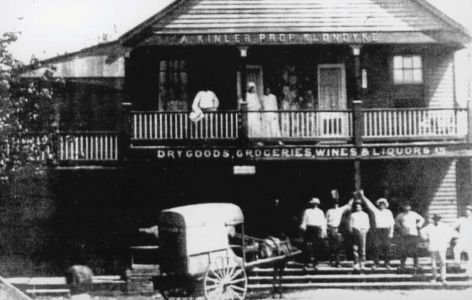 A member of the Kinler family operated the Klondike Store on Luling Avenue near the railroad tracks, selling dry goods, groceries, and liquor. (Photo courtesy of Pat Yoes) 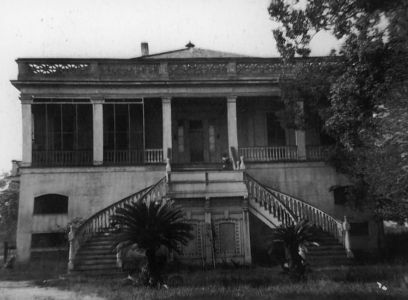 The town’s present name comes from Florenz Albrecht Luling, a cotton merchant who was born Feb. 20, 1828 in Bremen, Germany.

He was the son of Albrecht Florens Luling and Friedrike Harlaub. He married Marie Georgina Hermann in New Orleans, and they had four children – Adele, Anna, Carl and Hermann.

Ellington Plantation was built in the late 1850s to the design of the younger Charles Gallier by Francois Mayronne, who had bought it from the State of Louisiana on May 9, 1855 for $115,000.

Florenz Luling, meanwhile, commissioned James Gallier Jr. and Richard Esterbrook to design his “villa” in New Orleans in 1861. It was completed in 1865 but was sold in 1871 to the Louisiana Jockey Club for $60,000 as a clubhouse. It was later subdivided into apartments. The site, at 1436 Leda Court, was designated a historical landmark in 1977 by the Historic District Landmark Commission in New Orleans.

After the Civil War, Ellington was acquired by James Gallier of New Orleans, and then Louis Gustave McQueen. It was acquired on Aug. 6, 1868 by Florenz Luling for $40,500.

Ellington Plantation was also reportedly the ancestral home of film actress Cora Witherspoon, who co-starred with W.C. Fields in “The Bank Dick.” It was later acquired by John Barkley, a former adviser to President Hebert Hoover and then by Louis Al Blouin.

However, the 1926 arson of the sugarhouse spelled the decline of the plantation’s fortunes, and Blouin sold the plantation afterward. Later owners rented out the property and one Mr. Gadeux, developed a seedless orange there, which grew well. But the first crop froze, and he moved away.

Ellington was later sold to Ellington Realty Company and later to Lion Oil. Tragically for local historians, the house was torn down in the early 1960s to save on insurance costs and liability. The old porch banisters went to St. Anthony of Padua Catholic Church for use as an altar rail, and the old organ was kept for years by Jules Hymel.

March 8, 1884 saw the Davis Crevasse split the levee at 1 a.m. at Davis Plantation, downriver from Lone Star. The crevasse left its permanent scar on the landscape, with a crevasse gully still carved and Davis Pond left by the flood. Immediately downriver is the Davis Freshwater Diversion Project constructed by the U.S. Army Corps of Engineers.

In 1902, the first mission chapel of what later became St. Anthony of Padua Catholic Church was established. In 1926, the church relocated to Post and Ellington Streets. That building was formerly a warehouse for the St. Charles School System. St. Anthony’s became a full-fledged parish church in 1961. In 1969, the present church on Angus Drive at Sugarhouse Road was blessed.

In November 1938, two square blocks of riverfront in Luling was claimed by the Mississippi River, and a new levee was built by the Lafourche Levee District. Several homes and businesses were lost forever. The Luling-Hahnville Bank was razed and its vaults moved. For years afterward, its foundation slab could be seen behind the levee near the old Ferry Inn.

Lion Oil Company began construction of its plant in 1952 and was completed in 1954. The plant became known as “The Barton Plant,” after company founder and board chairman Col. T.H. Barton. In September 1955, Lion Oil merged with Monsanto and remained a division of Monsanto Chemical until 1972, when Monsanto divested itself of Lion Oil and completely took over.

On Oct. 20, 1976, the George Prince ferry disaster killed 78 people when the “George Prince” collided with a Norwegian tanker. A monument to the disaster is in front of St. John the Baptist Parish courthouse at Edgard, and another monument was placed in 2009 at the East Bank Bridge Park in Destrehan.

Residential development began swelling the boundaries of Luling after World War II, with Luling Heights, Lakewood Park and Davis Heights east of Monsanto, and then making the jump across Highway 90 to Mimosa Park, Lakewood West and Willowdale Country Club Estates. A massive 2,000-home development on the old Ashton Plantation site in the shadow of the Hale Boggs Bridge now exists.

One observer of the Luling town history, as his family has been a part of it for so long, is Sidney Gassen Sr.

“My daddy’s brother was an overseer at Ashton Plantation,” he said.

Sidney, 81 at the time of this writing, is a town native, as was his father and grandfather. The old Gassen house, which once stood near the railroad tracks, had been built in the 1820s but was torn down in the 1950s. Sidney’s parents were John Gassen, born in 1883, and Evelina Jourdan, from New Orleans.

“Her parents died when she was small, and she was raised in a convent by nuns,” he recalled.

His mother was of French and Spanish ancestry and his father was of German ancestry.

John Gassen ran a store at Paul Maillard and River Road and had the first gas pump in town, along with running a foot ferry service.

When the levee moved in 1938, the Gassen Store was relocated near the railroad tracks, where it still stands as the former “Papa John” Busalacci Pool Hall.

“Man, they lost some land here!” Sidney remembered of the move, which took place when he was a teenager.

One of a family of 10 children, his chores included milking each morning and evening. Every child had their job to do, inspired to greater effort by their tireless father.

Sidney graduated from Hahnville High School in 1938 and was soon employed by Celotex in Marrero as an electrician, where he worked 40 years, starting off at 54 cents an hour.

Not long after he got that job, family pressure was on to fix him up. Finally, Sidney’s brother-in-law introduced him to his niece in Slidell, Aline Dubuisson.

“When I met Aline, that was it,” he said. “She had that natural beauty.”

However, Sidney was 20 and Aline was 15, so her father sent her to live with relatives in New York for a year, hoping their love would cool down.

“We were writing all the time,” he recalled.

Once she returned, they married right away. They marked their 59th wedding anniversary on Oct. 13, 1999.

Aline worked at Monsanto for 20 years, and at the Gassen’s’ restaurant, the Goody Booth, a popular teenage hangout in the 1960s. (Formerly Frank and Tina’s). She also worked for the St. Charles Sheriff’s Office.

The couple shares a love of family, dancing and travel. They ruled as King and Queen of the Krewe of Lul in 1986, and they enjoy their five grandchildren and three great-grandchildren. Tragically, their only child, Sidney Jr., died in 1995 of cancer at the age of 53.

However, Sidney Gassen Sr. sees the family legacy carry on, and he still loves Aline’s smile.