St. Charles was one of 29 parishes that supported secession on January 26, 1861. General Richard Taylor of Fashion Plantation was elected to represent the German Coast. His signature is included among those signing the document with the notation “of St. Charles” directly below.

As chairman of the Committee on Military and Naval Affairs, General Richard Taylor warned at the state convention that the lower Mississippi River should be reinforced because New Orleans was open to attack.

His warning was not heeded, as many thought the Union would not attack New Orleans. Governor Moore stated that the Baton Rouge Arsenal held all that was needed to hold off Union troops. General Taylor was aware of the inevitable destruction and with profound sadness returned home.

He decided not to serve the South, unless asked, because he considered this a futile cause. He was called in April of 1861 and, being loyal to his state and to the German Coast, joined in the battle.

When New Orleans fell without a shot in 1862, the German Coast fell to occupation by Union troops. Life was difficult for the people at home. The war department forced the local militias to participate and offered $50.00 for enlistees. The German Coast wanted to cooperate and offered an additional $40.00 to insure a full complement. The Mississippi River was patrolled by Union ships, some of which fired shells over the levees. Reportedly, cannon shells hit Ormond Plantation. General Butler authorized Union troops to appropriate anything at will, which resulted in plantations and smaller farms being wantonly looted and destroyed. Some property owners fled, leaving everything behind. The state and local governments were unstable and often powerless to enforce the laws. Some slaves fled and joined the Union army, while some decided to remain in place; crops could not be sold, banks did not have money to lend, and merchants could not afford to give credit. All markets were cut off for the German Coast. Had General Richard Taylor’s warning been heeded that New Orleans was vulnerable, the outcome might have been very different. 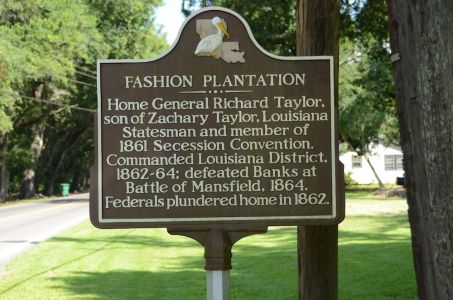 The Human Side of the Civil War in the River Parishes from SCPhistory.org on Vimeo.