With the arrival of the petroleum industry in the early 1900s, a major shift took place in the public school district. These major industries would not only begin to provide tax revenues which would help to bolster public education, but would also promote better schooling for their employees’ children. Because of their keen awareness of the importance of education, schools were established on some of the industry sites. Mexican Petroleum in Destrehan demonstrated its commitment to the school system, specifically higher education, by donating three and one half acres of its property to the school board for the construction of a high school. On August 7, 1923, the school board president accepted the donation and also authorized the purchase of Keller property for the construction of a west bank high school in Hahnville. Mexican Petroleum was recognized by the school board for their support of the bond issues, which financed the construction. This was an early example of industry/school cooperative efforts, which would exist throughout the years that followed. In 1923, the superintendent was authorized to open a Negro school at Shell Mound as a direct result of a petition by the African American residents of the area. Destrehan High School was dedicated on September 15, 1924, and Hahnville High School on the west bank was dedicated the same year.

Soon after their openings, the two schools were lauded for their accomplishments in a front-page photographic layout in the Times Picayune rotogravure supplement. Opening of the two high schools in 1924 dramatically changed the way white students would be schooled in the parish. Before this time, students had to seek higher education at other venues such as Leon Godchaux High School in Reserve. This was supplemented by funds provided by St. Charles Parish. Some went to live with relatives or attended schools in the city or surrounding parishes. Secondary public educational opportunities for African American students continued to be meager. 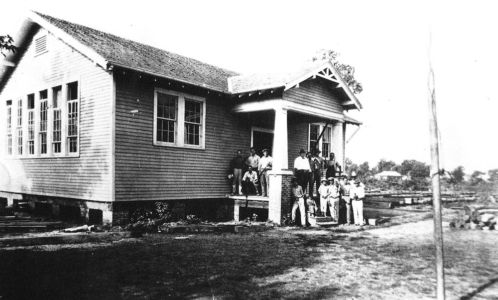 Pictured in 1924, Allemands Elementary was moved down the bayou and back up to Des Allemands. It was later converted to an American Legion Home. (Photo courtesy of Mrs. Stanley Dufrene) 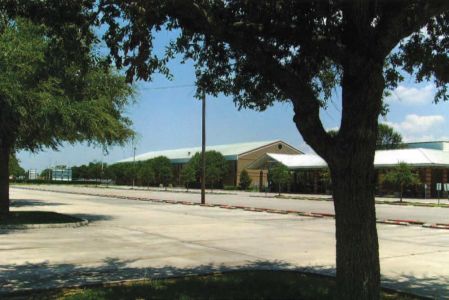 School Based Health Services in the 1930s from SCPHistory.com on Vimeo.

St. Charles Parish High Schools in the Late 1930s from SCPHistory.com on Vimeo.

St. Charles Parish Elementary Schools in the Late 1930s from SCPHistory.com on Vimeo.

St. Charles Parish Bus Transportation in the Late 1930s from SCPHistory.com on Vimeo.

ABC: A history of Public Schools in Bayou Gauche and Des Allemands
By Roy Lunk

Newspaper Article About the Buy-a-Brick Campaign

Big Picture Shaping Up
The Times-Picayune

1928 Letter from the La. Department of Education

1933 Letter from the La. Department of Education

1934 Letters from the La. Department of Education

1935 Letters from the La. Department of Education

1936 Letters from the La. Department of Education

1937 Letter from the La. Department of Education

1938 Letters from the La. Department of Education