In March of 1865, Congress created the Federal Bureau of Refugees, Freedmen, and Abandoned Lands, most often referred to as Freedmen’s Bureau, a quasi-military organization charged with aiding the newly freed slaves with financial, educational, social and political matters, tasking them to help those freed to adjust to their new lives.

In Louisiana, four “home colonies” were created as self-sustaining agricultural collectives that also provided schools, commercial stores, and a hospital.

Want to read more about the Rost Home Colony? See “Rost: The Family and the Freedmen’s Colony” gathered by Rachel J. Allemand“
These colonies were planned to provide safe havens, training, and preparation for post-Civil War transition. One of these was established on the government-expropriated property of Judge Rost (Destrehan Plantation), who was married to Jean-Nöel Destrehan’s daughter and was in exile in Europe. It became the Rost Home Colony, which was established by Order #29.

It is a lasting tribute to the administration of the bureau and the freedman laborers that in 1866 they produced 31,500 pounds of ginned cotton, 10,500 additional pounds of unpicked cotton, and 350 acres of sugar cane that produced 420,000 pounds of sugar and 6,000 gallons of molasses.

Under the leadership of retired Assistant Commissioner Major General Absalom Baird, the Rost Home Colony on the German Coast was the most successful of the four Louisiana colonies. Although it existed for only two years, the meticulous colony records, the “Registers of Arrivals and Departures,” have left genealogists with an invaluable resource and the potential for tracing family histories for the more than 1,000 residents.

As an example, the register reveals Fountain Johnson and his 21 family members who were former slaves from St. Charles Parish, arrived at Rost Home Colony on March 20, 1865. These valuable records are housed in the National Archives in Washington, D.C.

Judge Rost returned from Europe and requested the return of his properties. Rost’s other properties were returned, but it was determined the Rost Home Colony would continue to exist until the end of 1866, at which time the colony would end. Judge Rost received rental payments from the Freedmen’s Bureau until that time. The last colonists left the Rost Plantation in early December 1866. Judge Rost continued to practice law until his death in 1868. 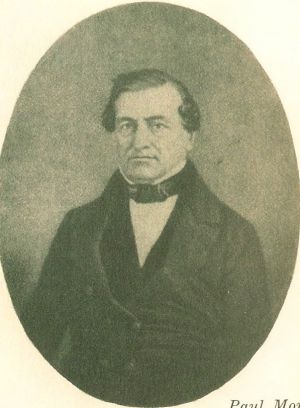 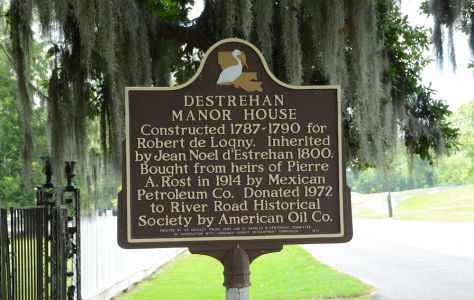 Rost: The Family and the Freedmen’s Colony at Destrehan Plantation
Information gathered by Rachel J. Allemand

The Role of Slaves and Free People of Color in the History of St. Charles Parish
By Mary Gehman