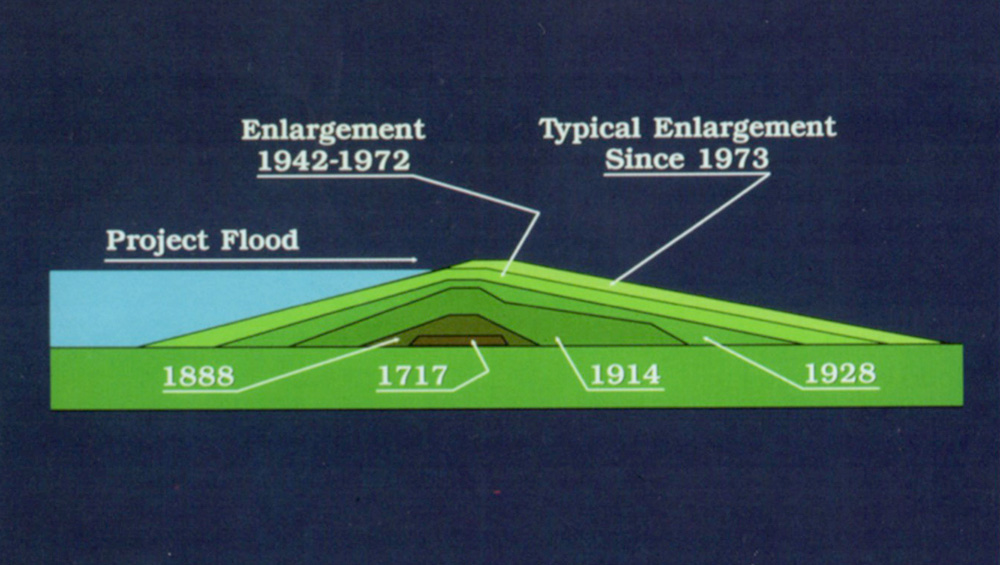 Levees have grown in size and effectiveness over time.

The role of the Mississippi River Commission grew with each flood, finally culminating in the Flood Control Act of 1917, which authorized the MRC to construct an extensive program of flood protection with cost-sharing by sates and local interests. The program maintained the "levees only" approach and included new levee construction and strengthening of existing levees to standards set three feet above the high water of 1912.

By the end of 1926, the system had been built to final grade – or close to it – as a result of the large expenditures provided in the Flood Control Acts of 1917 and 1923. The MRC and the public were convinced that the flood control problem was nearly solved.

Courtesy the Army Corps of Engineers